Libre games are fun games owned by the community, including everyone who plays the game, develops it, and shares it.

What does it mean for a game to be owned by the community?

It means everyone should be able to do anything they want with it, like:

How is this achieved?

By sharing everything needed to make the game with its players. This includes code, music, art, 3d models, documentation - with full permission to share and remix (and even make a new game from it).

Authors can still get credit for the achievement, get paid by users installing the game via stores like itch.io, Steam or Google Play and require that any changes are made available under the same terms.

The games below are libre games meant to exemplify their advantages. For a large list of libre games to play, check out libregamewiki.

Battle for Wesnoth is a turn based strategy libre game. Battle for Wesnoth has a wealth of mods. Some of them drastically change the gameplay like:

Given that the art assets are widely available, shareable and modifiable they can be reused in completely different projects such as:

Battle for Wesnoth is translated to multiple languages including minority languages like Basque that wouldn't get translated in non-libre games.

The development of Battle for Wesnoth has been highly influenced by the community, especially in the early stages. There were many artists who contributed to the game, people that contributed new campaigns to it, etc. Much of that development happened on the main forums where people would propose and discuss the additions.

The game has been refined over the years thanks to the countless contributors and people who reported issues and gave feedback on the game.

Battle for Wesnoth is available on every main platform (Linux, MacOS, Windows, Android, iOS). Not only that but it runs on homebrew consoles like the Pyra and Pandora.

The first development release of Wesnoth 0.1 happened on June 18, 2003. It has been fully playable for a number of years, and runs today on all the platforms above. Like many libre games, it is constantly being updated, with more features, fixes and content being produced.

Mindustry is an original game bringing together elements of tower defense and factory building. It can be bought on Steam, or downloaded from GitHub and Itch.io. 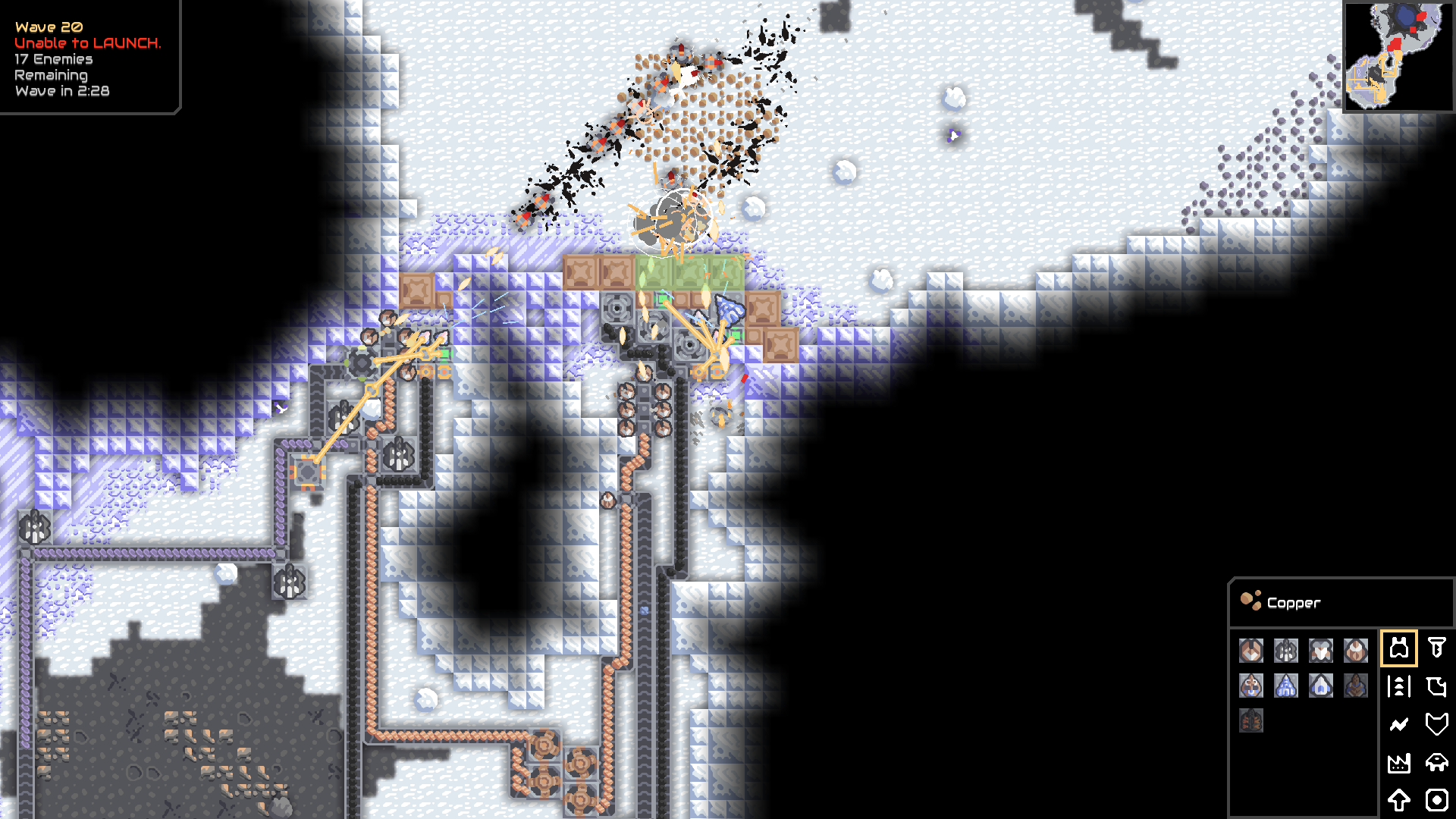 Although the game is libre and the community makes many contributions, its author has a clear and strong vision and keeps control of how the game is developed. At the same time, you can edit the copy of the game code on your computer to make it work however you want, and share those modifications freely.

Mindustry supports modding and has a built-in map editor. Because of that many mods and in total 2,402 maps, made by community members exist.

Also Mindustry got translated to over 30 languages by community members.

0 A.D. is a real time strategy game about ancient warfare, where players take charge of different civilizations and lead them into battle. 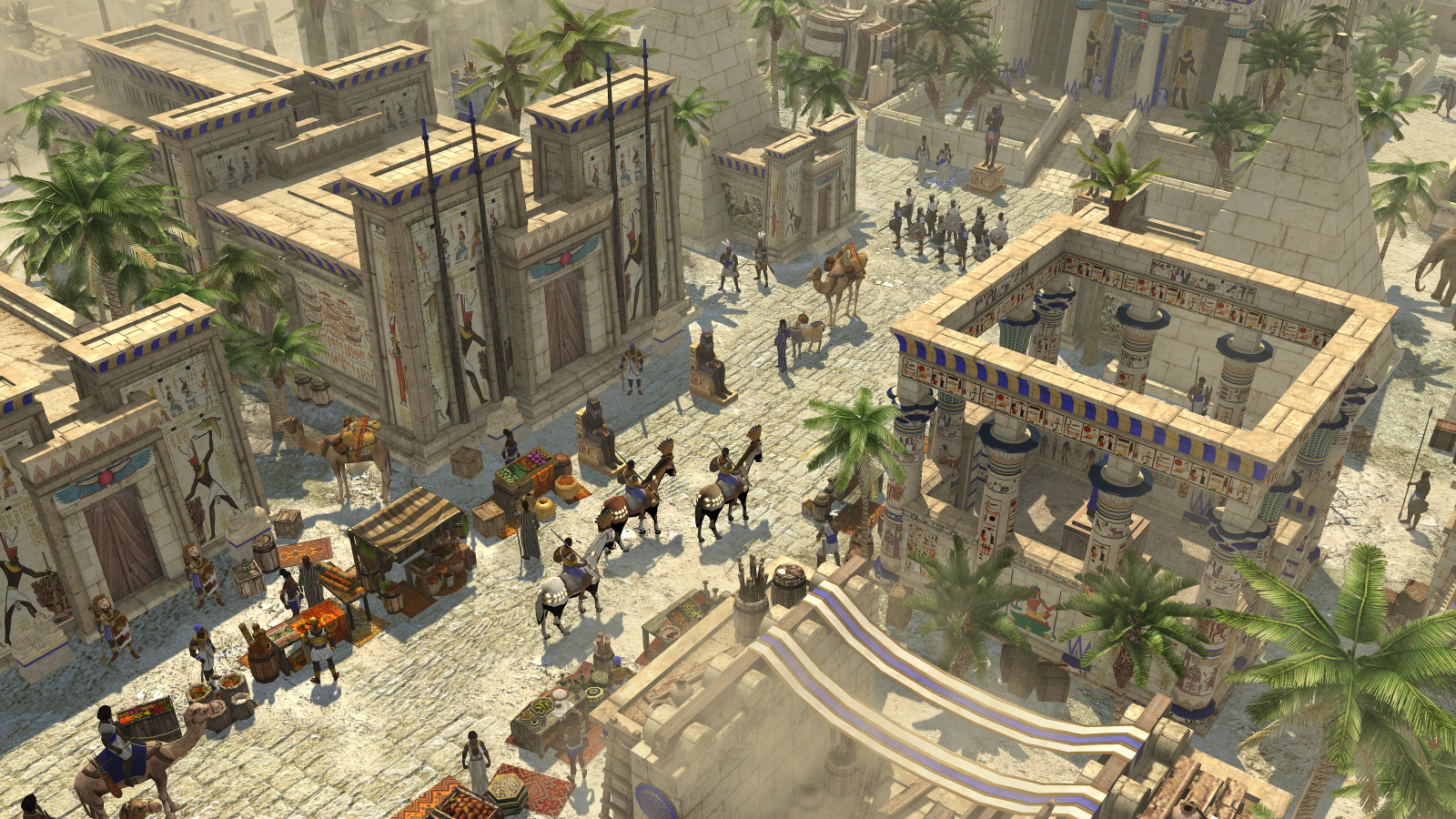 The list of contributors to 0 A.D. includes dozens of names, spanning everything from art through audio through community management and balancing.

Like the other game examples here many mods and maps (made with the ingame editor) exist for 0 A.D. F.e.

, most of them bring new factions and/or settings to the game like:

0 A.D. was released as open source in 2009, though it started life in 2001 as a concept for a mod of Age of Empires II. It is still receiving updates to this day.

Endless Sky is a 2D space exploration, combat and trading sim. It features many types of ships and upgrades, a large and detailed galaxy, and an optional main storyline along with various randomized events. 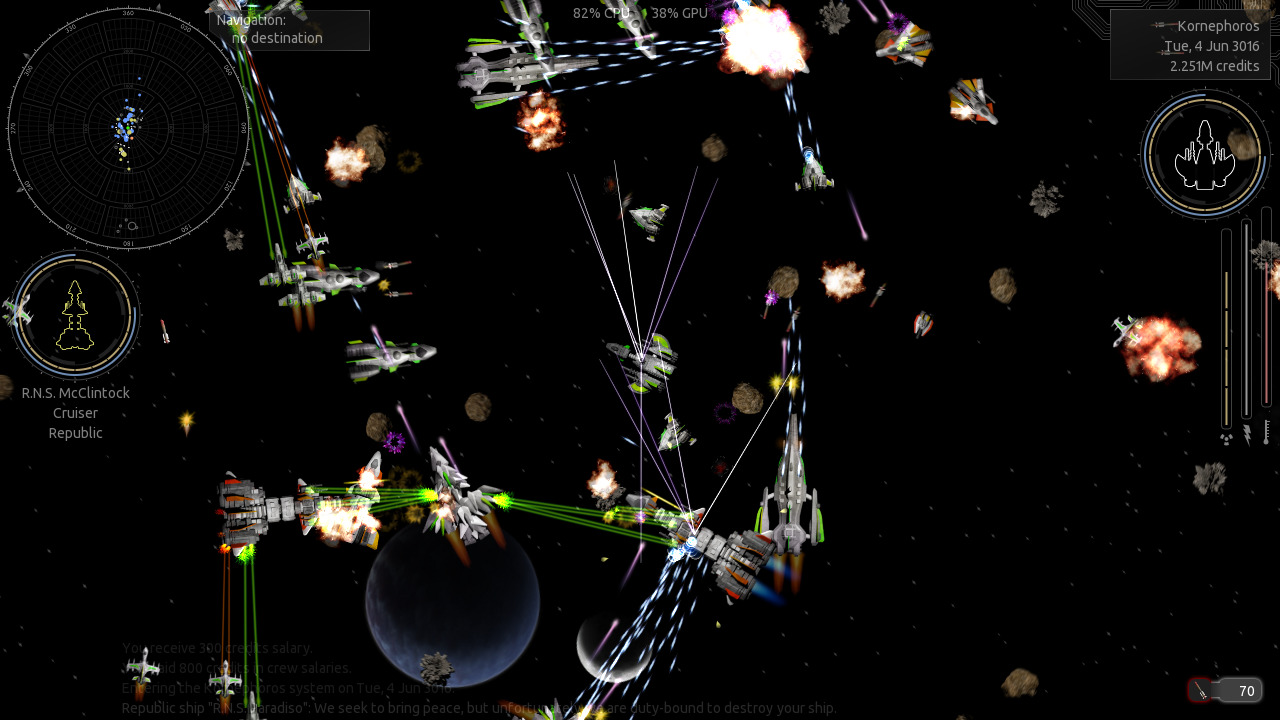 As of May 2020, there have been 4 releases since the game "changed hands", and the main developer hasn't yet returned to a lead role. He says "I'm glad to be able to take a break, work on creative writing and other random projects, and not feel duty-bound to spend all my weekends keeping up with issues..."

This shows the power of a community owning its own game and being able to work on it independently, and its benefit to the creator as well.

Freedoom and other Doom-related games

Since the source code for Doom's engine was released under the GPL in 1999, so many mods and conversions have been made for it that it's hard to count them all. Freedoom is a complete game based on this engine.

Freedoom is compatible with mods for the original Doom.

In general, the spread of Doom source ports since the engine code was released meant that developers were soon fixing old bugs and adding new features. Those include CTF mode, jumping, an inventory system, friendly monsters and more.

One of the source ports of Doom, Odamex, states: "ODAMEX is designed with portability in mind. From PCs to netbooks, consoles to handhelds, Amiga to Windows - our goal is for any device to run multiplayer Doom." It has been confirmed to run on Intel x86, PowerPC, and SPARC systems.

Other ports of the Doom source code listed in doomwiki.org cover platforms from DOS through BeOS through Atari systems to Nokia cell phones.

Source ports like Odamex and GZDoom are actively used to play Doom today, and are still receiving updates. Two decades is not bad for a game.

I already own the games I buy!

Many games you buy are not exactly owned by you. In fact, some newer games and "game streaming" services work under a license model where they never claim that you own the game.

If you own your game, can you:

If there is an item on that list you can't do legally, can you really say you own the game?

'Libre', originally from Spanish/French, means having liberty/freedom. It means that everyone has the freedom to access, modify and share the game. The game is free from any ownership: everyone (the community) owns it. It is one of several similar terms used to avoid any confusion with 'free of charge'.

How can the game have a common vision if everyone can make any changes they wish?

Each game project has a main trusted community that makes the decisions. Anyone is able to change the game locally, and to create a derivative project (usually called a fork), but this doesn't mean those changes will get accepted into the main project.

I'm a game developer and I'm concerned that my game will be stolen!

You can't steal a game owned by everyone!

It's important to realize that releasing your game as libre is a trade-off. You give away some of your control, but you gain something bigger: a game that you started, that will live forever, through everyone who will ever play or develop it. A piece of it will also live in every derivative.

Also, when you release your code or assets as libre, you keep on being the copyright owner, and no one can take that away - your name will always be on your art. This is true even when someone forks your game.

I downloaded a game for free, is it libre?

There are many free of charge (gratis) games, but many of them are not libre. (In fact, you can buy some libre games.) To know if it's libre, ask yourself: does it have all the benefits described above? If it doesn't, it's not libre.

If anyone can change a game, people will cheat!

Cheating is a problem in all multiplayer games, and the best antidote isn't preventing the community from owning the game - it's to let the community police its own game. Hackers will always find ways around clever protections, and then distribute their hacks. So the key is to play with those you trust, and compete with those you respect.